“Women all over the world have demonstrated their ability to make decisions and solve problems through their leadership of international organizations, governments, and ministries in various countries,” Mohieldin said during the opening session of Gender Day in Cairo, “Women’s Agency in Climate Dialogue and Implementation, Win-Win for All.”

Mohieldin said that women are victims of global crises such as poverty, hunger, a lack of funding, and a lack of education, adding that two-thirds of the world’s women are illiterate. Women account for 63 percent of the world’s poor, emphasizing the importance of improving their access to education and finance.

He emphasized the importance of pluralism and the need to improve women’s participation in development and climate action decision-making, highlighting the National Council for Women’s initiative in raising awareness among women about climate issues.

Mohieldin cited women’s active participation in the National Initiative for Smart Green Projects, where they submitted over 1,000 projects out of the approximately 6,000 that were registered. Three of the 18 winning projects were submitted by women, he added.

In another session titled “Women and Climate Change Finance,” Mohieldin emphasized the importance of enhancing the role of women in the business sector, particularly given that COP27 is the summit of implementation and partnerships, by taking a comprehensive approach and reviewing the rules governing women’s participation in this regard.

Mohieldin mentioned the National Initiative for Smart Green Projects, which is being implemented at the governorate level in Egypt in collaboration with the ministries of planning, environment, and international cooperation, as well as several interested parties. The initiative saw an adequate representation of women in the six categories, but he added that there is a need to strengthen their participation in this initiative, noting that it will be held every year.

Mohieldin explained that many projects related to climate change resilience and food security are led by women, which necessitates the provision of simple financing means. He emphasized that global financing conditions have a direct impact on women’s participation in local and international climate action.

He concluded his speech by emphasizing the importance of promoting women’s participation in leadership positions through appropriate legislation and behavioural changes. 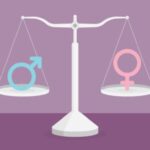