With women representing 80% of the global population displaced by climate change, it seemed inevitable for policymakers to discuss ways to provide a network of support for women as key contributors to the world’s economy who are most impacted by climate challenges. The Gender thematic day at this year’s Conference of the Parties (COP27) hosted in Sharm El Sheikh, featured invaluable panels gathering women leaders, active entrepreneurs and policy makers to address gender gaps and find the best solutions to mitigate the unintended negative impacts of climate change.

Highlighting the role of women as the primary caregivers and household leaders in many of the cases, the speakers explored ways in which finance can lead to the empowerment of these women, shielding them against climate vulnerabilities and socially driven ones.

Presenting an outstanding model that combines gender equity as a byproduct of climate action, Egyptian entrepreneur Rawya Mansour said that “Traditionally, women were not allowed to own lands and were not paid an equal wage to men working in farming. They were brought by an agent who received a percentage of their wage. Falling completely under the control of such an imbalanced system, women were left vulnerable and unable to gain property or improve their living conditions.”

“Through our work at Ramsco Egypt,” Rawya explained, “we managed over time to employ these women farmers directly, empowering women who were otherwise left in an unprivileged situation of divorce and prevalent early marriage. These women are now being paid equally to the men, and able to support their families, producing 40 to 80% of entire agricultural crops produced.”

In addition to her organic farming ventures for which she received two patents, Rawya is starting a foundation with the sole purpose of capacity building in her micro community. “We’re working on capacity building and convincing decision makers to bring in support and offer land propriety via banks and micro loans to women working in the fields. We offered to provide the seeds and organic fertilisers to women in order to enable them to secure better conditions for themselves while reclaiming plain plots of desert-land.”

Named one of Africa’s most influential leaders in 2019, Rawya is a pioneer of organic farming who has led the early efforts of producing “bio char” or green carbon for use in eco-friendly farming. Her company’s produce of soil enhancers has also obtained a patent as well as a European license for export, not to mention providing a non-chemical and cheaper alternative to exported fertilisers particularly during the Ukraine war. The leading biomaterial is known to decrease the consumption of water by 30 to 60% depending on the irrigation method employed.

Ensuring capacity building, improving land property among women, and providing micro finance opportunities, Ramsco Egypt has enabled farmers, especially women, to connect to the wider global network of producers, benefiting both themselves, their families in addition to pushing forward the greater climate cause.

Commenting on the panel’s content and intertwined connection between gender and climate action, Rawya said that “Combining food security and fighting climate change are in perfect harmony with the development of land, afforestation, and the advancement of women’s economic conditions. As with all development issues, one cannot happen without the other.”

The panels and fireside talks taking place on the sidelines of COP27 presented endless opportunities for partnerships and insightful discussions around women, water, finance and their connection to climate change. To find out more about the packed agenda of the conference, visit the UN’s dedicated page. 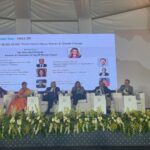 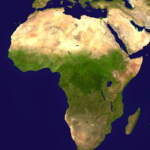