The two ministers discussed the most important problems of water management and water scarcity and the impact of climate change on them and their impact on people around the world, as the world is currently facing a water security crisis that affects the lives of billions of people, and expectations of increasing its severity with increasing demand and diminishing resources.

They also discussed the increasing impacts of floods and droughts which call for greater international cooperation, where Fouad explained that COP27 presents the Water Adaptation and Resilience Initiative, which aims to reduce water losses worldwide, improve water supply, and support the implementation of policies and methods in support of action to save water.

She further pointed to the importance of the conference in linking water and climate action in order to achieve the 2030 agenda, especially Goal 6 of the Sustainable Development Goals, adding that Egypt has begun to turn to solutions such as the desalination of seawater with solar energy.

Moreover, the Egyptian Minister of Environment referred to the importance of early warning systems in addressing the effects of climate change on agriculture and water, and the pioneering Egyptian experience in building resilient food security systems in southern Egypt, or what is known as the climate change project, through an application that provides farms with the expected temperatures on over a week, the recommendations to be followed according to the expected weather phenomena and according to the extent and type of plant that is being cultivated.

The two parties also discussed the issue of biodiversity and the management of national parks and its relationship to climate change, and the importance of reaching clear recommendations and agreements during the COP27 in this regard to be presented at the COP15 Biodiversity Conference in Montreal next December, during which the roadmap for biodiversity beyond 2020 is expected to be announced.

For his part, the Azerbaijani Minister of Environment praised the tireless Egyptian efforts in hosting the COP27 and preparing for it in a distinctive way and providing the opportunity for all parties, delegations and groups to express their concerns, interests and experiences, whether through the official blue zone of the conference or the unofficial green zone, wishing the conference success. 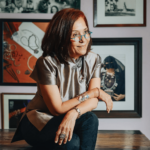 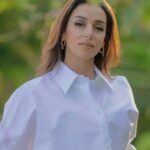 Delegation of women parliamentarians to Italy: we presented the positive steps to promote the role of women in Egypt