UN Climate Change High Level Champion for Egypt, Mahmoud Mohieldin said on Wednesday that providing efficient and fair finance is the key to the actual implementation of climate action called for by COP27.

During his participation in the Financing Day Opening Ceremony, he added that there is a large funding gap for development and climate action in developing and emerging countries, estimated at $1.3 trillion until 2025 and this may increase to $2.4 trillion by 2030.

The Copenhagen Climate Conference’s pledge to fund climate action in developing countries by $100 billion annually, has not been fulfilled only by a few developed countries till now, Mohieldin mentioned.

He explained that the importance of fulfilling this pledge is that it paves the way for fulfilling more pledges, although this value represents only three percent of the required finance.

The developing countries’ public budgets bear 80 percent of financing for development and climate action, while 60 percent of climate finance is done through debt, Mohieldin added.

He further assured on the importance of scaling up the participation of the private sector and national development banks in financing climate action.

In addition to that he stressed on the adoption of the Industrial Development Authority (IDA) standards for soft grants and loans that allow long-term repayment periods and low-interest rates.

Mohieldin called for adopting a holistic approach that deals with poverty, food and health problems along with environmental and climate problems in one framework, noting the National Initiative for Smart Green Projects, launched by the Egyptian government.

The initiative aims to enhance the participation of various local actors in climate and development action, so that their results are reflected on all citizens in villages and cities. 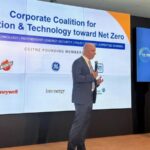 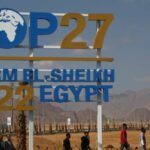