Dr. Sudarshini Fernandopulle, Women Parliamentarians’ Caucus (WPC) Chairperson stated that female members of the parliament will be attending the parliament on December 1st, wearing orange attire, as a protest against GBV, in addition to a wristband that reads “Let’s Unite to end Gender Based Violence”, the UN-led global campaign’s slogan.

This act comes in alignment with the 16 Days of Activism against Gender-Based Violence (GBV).

Moreover, 18% of women claimed they were facing economic abuse by a partner, 21% of which have never expressed it to anyone before the interviews.

Rohini Kaviratne, WPC’s Deputy Chairperson and Matale District MP, also shared her perspective on the matter, talking about how women have gotten used to facing verbal abuse, regarding their gender. She illustrated, setting the elections as an example, where the most common weapon used against women is their gender roles.

Tourism State Minister, Diana Gamage strongly encouraged Lankans to maintain a zero-tolerance policy for sexual harassment or any kind of violence, deprecating those who stay silent, and urging instant actions to be taken against harassment to all mankind.

Dr. Sudarshini Fernandopulle highlighted the importance of the “16 days of activism against GBV” initiative. She said it’s a critical time in the nation’s advocacy against GBV and should be taken as an opportunity to ensure equality for women in Sri Lanka.

Adding that the global theme of the campaign 2022 is “UNITE! Activism to end violence against women and girls”, which stresses our inability to end GBV unless we achieve unity. 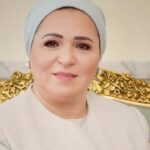 Entissar El Sisi: Women are the shield that protects the nation and its future 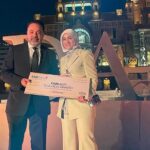