Women are at risk due to sex-descriminating violence laws. A new report by “Equality Now”

The MENA region is among many countries, in which women aren’t given equal legal rights as men. This calls for an urgent implementation in the legal and policy framework.  Equality Now has issued a new policy briefing, Words & Deeds: Holding Governments Accountable to the Beijing +30 Review Process – Sex Discrimination in Violence Laws, which shows the inequality loopholes in laws related to violence against women and girls, allowing perpetrators to carry on with their violations without worrying about being punished.

Around 30% of women and girls, as estimated by WHO, have suffered physical and sexual abuse whether by their partners or strangers. These discriminating laws are causing this percentage to go higher, making things even worse.

November 25 marks International Day for the Elimination of Violence Against Women, which serves as an opportunity to bring attention to this issue and ask for instant implementation of these laws or revoke sexist legislation altogether. A sample of these laws has already been reported by Equality Now.

Examples of these loopholes are quite clear in a lot of countries in the MENA region, including but not limited to, Libya and Kuwait’s “marry your rapist” alternative, the legal right permitting men to punish their wives in Iraq, and above all Egypt’s diluted penalty for men who kill their wives in response to adultery.

As rape definitions vary from one country to another, women are more prone to lose their legal rights and face higher risks. Additionally, the lack of standard laws criminalizing online abuse results in little or no action.

Fortunately, some of these laws were revoked after being reported by Equality now in 2020, like Syria’s law exempting punishment for crimes of honor. Equality Now aspires to continue its quest to enforce immediate amendments to discriminating laws and provide a safer, and better future for women and girls all around the world. 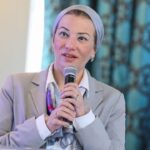 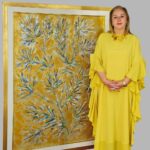