Hosting the UN Climate Change Conference COP27 in the name of Africa had exceedingly benefited Egypt on a national, regional, and international level. Yasmine Fouad, Minister of Environment stated the previous last Wednesday, the 23rd of November.

At the international level, as per the Minister’s statement, COP27 Ministerial Coordinator and Envoy praised the country’s admirable efforts in organizing such a huge event, which highlighted the harmony between all the state’s ministries and concerned authorities, and shifted the international media’s attention to Egypt.

50,000 individuals and a variety of official and unofficial entities have attended the summit, among 120 heads of state and government, high-level representatives, vice presidents, and over 14,000 participants from COP26.

According to Ms. Fouad, a day for solutions, a day for water, and a day for biodiversity were incorporated within the COP27 for the first time in its history.

The conference has taken a huge step forward in negotiating loss and damage, as well as giving access to the private sector to reduce their harmful emissions.

Moving onto the regional level, President Abdel-Fattah El-Sisi launched the “Advancing Adaptation Action in Africa” after succeeding to acquire an amount of $150 M of funding from the US and other developed countries, and hosting the initiative’s management unit in Cairo. Furthermore, the US has doubled its Adaptation Fund Pledge to $100 M, in line with the US Emergency Plan for Adaptation and Resilience “PREPARE”.

And finally, on the local level, Egypt has triumphantly secured funds for its projects by signing several agreements at the value of $83 Bn, including $25 Bn from the US to finance its  Nature-based Solutions “NbS”. Germany has also offered an annual $1.5 Bn to fund biodiversity.

On top of that, state and non-state actors have given The Nexus of Water, Food, and Energy national project $10 Bn to support Egypt’s transitional phase to become a green economy.

And lastly, the African Adaptation Initiative “AII” accepted $150 M. Founded in 205, its main target is forming a unified collaboration between high-level pan-African and regional dialogues to achieve adaptation and simultaneously address the adaptation financing gap. 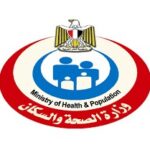 Women are at risk due to sex-descriminating violence laws. A new report by “Equality Now” 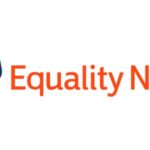