The United Arab Emirates (UAE) is participating in the 27th Conference of the Parties to the United Nations Framework Convention on Climate Change (COP27), being held in Sharm el-Sheikh, Egypt, with a delegation consisting of a diverse range of delegates, representing over 70 public and private entities, policymakers, negotiators, business leaders, a number of female and youth entrepreneurs as well as civil society organizations.

The delegation will focus on strengthening the UAE’s close partnership with Egypt, supporting the Egyptian COP27 Presidency in their endeavour to achieving the goals of the Paris Agreement, as well as bridging outcomes from COP27 to COP28, the Emirates Climate Conference in 2023. The main objective of the UAE’s participation in COP27 is to highlight the nation’s commitment to a low-carbon path, which creates opportunities for sustainable socio-economic development in all countries, including developing countries, which are the most climate-vulnerable.

HE Dr. Sultan Ahmed Al Jaber, Minister of Industry and Advanced Technology, and UAE Special Envoy for Climate Change, said: “In line with the directives of the UAE leadership, the nation’s delegation at COP27 aims to contribute practical solutions to mitigate and adapt to climate impacts, accelerate low-carbon economic growth and create sustainable economic and social development opportunities across all nations, including the Global South and developing countries. We aim to highlight the UAE’s decades-long track-record of climate diplomacy and creating practical climate solutions that meet the aspirations of developing and vulnerable nations.”

Dr. Sultan said: “The UAE is keen to reinforce efforts to cut emissions, meet the goals of the Paris Agreement, and adopt a sustainable economic pathway aligned to Net Zero by 2050. The UAE aims to accelerate progress on all fronts: mitigation, adaptation, finance and loss and damage, with a particular focus on the most vulnerable countries. We will cooperate with the international community to push for a realistic energy transition that leaves nobody behind, as well as for immediate support for those already suffering the worst impacts of climate change.”

Dr Sultan, who is also the Chairman of Abu Dhabi Future Energy Company (Masdar), a global renewable energy leader, said the UAE believes that climate action will unlock economic growth and opportunity for future generations. He said the UAE takes its responsibility to lead the UN climate process forward as the host of COP28 very seriously. “COP28 will be a milestone COP – set to deliver the first ever comprehensive assessment of the world’s efforts to tackle climate change through the Global Stocktake. This is a key opportunity to raise global ambition. To make COP28 a success, it must be truly inclusive. The UAE will ensure we include everyone in the dialogue – from business and industry to academia, youth and civil society.”

Highlighting the focus of the country on identifying implementable and pragmatic solutions to climate change, HE Mariam Almheiri, Minister of Climate Change and Environment, added: “As the world convenes at COP27 to find implementable solutions to address climate change, the UAE’s experience and track-record will serve as a guiding force in helping shape a realistic climate action agenda. The UAE will be the first country in the MENA region to develop a national pathway to net zero. This represents a pragmatic and vital step forward to mobilize whole-of-country efforts and build on the Net Zero by 2050 Strategic Initiative. We look forward to showcasing our approach and expertise for a net-zero world in Sharm El Sheikh.”

The UAE will also reaffirm the role of young people and women in building global consensus for climate action. HE Shamma bint Suhail Faris Al Mazrui, Minister of State for Youth, said: “The UAE has established a model for empowering young people as sustainability leaders and champions and encourages them to actively take a role in shaping pathways towards Net Zero. At Sharm El Sheikh, we are joined by a delegation of youth taking part in both the Conference of Youth (COY) as well as COP27 where we will highlight the UAE’s model of youth empowerment by asking youth to lead our participation. Youth play a critical role in carrying out the UAE’s climate agenda. We reaffirm our commitment to youth regionally and globally and will work hand in hand with them to find realistic solutions to climate change.”

The UAE began its journey towards realising a sustainable future under the leadership of the nation’s Founding Father, the late Sheikh Zayed bin Sultan Al Nahyan. Under the late Sheikh Zayed’s Presidency, the UAE became an official UNFCCC party in March 1996 and was the first country in the region to sign and ratify the Paris Agreement, the first to commit to an economy wide reduction in emissions with the Net Zero by 2050 Strategic Initiative.

Home to three of the world’s largest single-site and lowest-cost solar plants, the UAE has invested over $50 billion in clean energy investments across 70 countries, of which 31 are climate vulnerable states. The nation has committed to additional $50 billion in the next 10 years.

The UAE recently signed the UAE-US Partnership for Accelerating Clean Energy (PACE) to decarbonize the energy the world relies on today, while scaling up investment in zero carbon energies in both the countries and in emerging economies around the world. PACE will source and catalyze $100 billion in investments to produce 100 GW of clean energy in the UAE, the US and emerging economies by 2035.

The UAE has been the first in MENA to invest in industrial-scale carbon capture, usage and storage (CCUS), the first to deploy peaceful nuclear power, and achieved the most cost-competitive wind power generation globally. The nation has pioneered the exploration of clean alternatives such as green hydrogen.

The UAE has also taken proactive and global-first initiatives to cut methane intensity and emissions, achieving the lowest methane intensity rate in the global energy sector two decades before the global pledge was made calling for gradual reduction. The UAE updated its second Nationally Determined Contributions in September 2022, with the aim of reducing carbon emissions by 31% by 2030.

The UAE launched Etihad 7, a UAE-led innovation program, dedicated to securing funding for renewable energy projects in Africa, with the goal of supplying clean electricity to 100 million people by 2035.

The UAE hosts the headquarters of the International Renewable Energy Agency (IRENA). The UAE and IRENA joined efforts to launch the Energy Transition Accelerator Financing (ETAF) Platform, a global climate finance facility targeting the deployment of 1.5 gigawatts of new renewable power in developing countries by 2030.

The UAE committed US$400 million in funding provided by the Abu Dhabi Fund for Development (ADFD) towards the platform, which was formalised through agreements signed by IRENA with ADFD and Masdar, the UAE-based global renewable energy leader. Masdar currently invests more than $20 billion in renewable energy projects in more than 40 countries, which generate over 15GW of clean power and displace nearly 19.5 million tonnes of emissions annually.

The UAE’s climate action relies on innovation and technology, including taking measures to enhance food security through Bustanica, the world’s largest vertical farm operated by the Emirates Group, which produces over 1,000 tons of leafy greens every year, and farms in Al Ain that are now producing UAE-grown blueberries and strawberries.

The UAE also supports grassroots community empowerment through programmes such as the Zayed Sustainability Prize, which recognises impactful, innovative and inspiring sustainability initiatives. 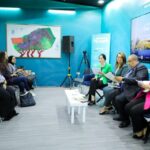 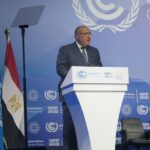