Exlnt Communications, part of the United Media Services (UMS), announced on Thursday it has joined the Race to Zero Campaign, becoming the first PR agency in Egypt and the Middle East to join the UN-backed global initiative.

The announcement coincides with Egypt’s hosting of the UN climate summit COP27 in the Red Sea resort of Sharm El-Sheikh on November 6-18.

The Race to Zero is a global campaign that aims to rally leadership and support from businesses, cities, regions, investors for a healthy, resilient, zero carbon recovery that prevents future threats, creates decent jobs, and unlocks inclusive, sustainable growth.

Led by the High-Level Champions – Mahmoud Mohieldin and Nigel Topping, the campaign mobilises actors outside of national governments to join the Climate Ambition Alliance, which was launched at the UNSG’s Climate Action Summit 2019 by Chile’s President Sebastián Piñera.

“Exlnt Communications is always looking for opportunities to join models of excellence and best practices to make the world a better place for everyone,” CEO Dina Abdel Fattah said in a statement.

The company will now set up its action plan to “curb our emissions as a primary operational goal and key for our mitigation of climate change challenges,” Abdel Fattah added.

Exlnt will reveal its action plan and decarbonisation strategies to reduce emissions on its website by next year.

“By joining this campaign, we have a very powerful message to convey. We plan to launch media campaigns to raise public awareness and thereby help people better understand the effects of climate change to facilitate both behavioural change and societal support for the actions needed to reduce greenhouse gas emissions.” she noted. “Exlnt becomes the first company operating in the media field to join the climate pledge and Race to Zero Initiative. This announcement will encourage more companies to join and thereby raise the environmental awareness among Egyptian companies and organisations.” El Battouty added. Meanwhile, Ehab Shalaby, CEO of DCarbon Egypt, said: “Today is an exceptional day to celebrate PR and advertising company’s joining an UN-backed environmentally-friendly initiative. This will cultivate a public awareness and create more effective communication in order to garner support for environmental causes.” 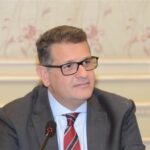 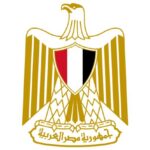