EdVentures, the corporate venture capital arm of Egypt’s Nahdet Misr Publishing Group, has announced on Monday that it will invest $1.1 million in Jeel start-up, an education and entertainment platform for pre-schoolers in the region.

The remark came during EdVentures conference on the future of educational technology in the Middle East and North Africa and investment opportunities in it, according to an official statement.

This conference has organized in cooperation with HolonIQ institution, the world’s leading platform for impact market intelligence based in the US.

EdVentures has supported more than 66 startup and invested in 13 startups with a market capitalisation of $75 million, as it created about 1,400 job opportunity, its CEO Dalia Ibrahim said.

Egypt, the most populous economy in the Arab world, has the largest share in the growing EdTech ecosystems across the Mena region, according to HolonIQ’s latest data. The country is home to 1,500 EdTech companies, followed by the UAE and Saudi Arabia.

The conference had included three discussion sessions dealing with the investment in educational technology in light of global and economic challenges, and the importance of partnerships to reach tangible development in the sector. 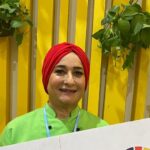 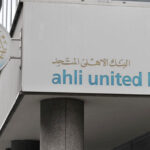