According to Egypt Today, the main topic of discussion at the 2022 United Nations Climate Change Conference (COP27) in Sharm El-Sheikh on November 14 is gender and how women’s roles are important in environmental preservation. Several COP27 participants from various countries have called for greater gender inclusion and gender justice in climate action.

According to Daniel Fisher of the United Kingdom, it is critical to keep indigenous leaders in general, and indigenous women in particular involved not only in side events but also in decision-making meetings.

“They cannot succeed without women in our projects,” said Fisher, who represents Ecosphere, which assists businesses in adopting climate change solutions to achieve zero net emissions. He also advocated for gender equality advocates to be heard.

According to Nigerian Prince Israel Orekha, who also represents the Empowerment and Youth Development Initiative, women should be empowered as the people focus on climate mitigation for local solutions. He went on to say that women should be encouraged to participate in climate solutions as a long-term solution to the climate crisis.

“We must emphasize the importance of gender inclusion in all climate mitigation actions. We must recognize the efforts of women in their communities who work tirelessly to protect forests “Serena stated this while displaying examples of handcrafted products made by indigenous Malaysian women. 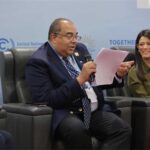 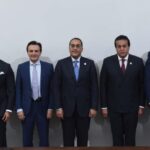