“Break the silence. We stand by you.”

“Break the silence. We stand by you.”

According to UNICEF, “Break the silence. We stand by you.” is a campaign launched yesterday by the United Nations Population Fund (UNFPA), High Commission for Refugees (UNHCR), United Nations Entity for Gender Equality and the empowerment of Women (UN Women), International Children’s Emergency Fund (UNICEF) jointly with the Ministry of Labour and Social Protection of the Republic of Moldova on behalf of the coordination mechanism on gender-based violence in humanitarian settings, the Intersectoral Gender-based Violence (GBV) Sub-Working Group.

The campaign aims to raise awareness of the Republic of Moldova’s prevention and response services for gender-based violence among the refugee and host communities and to send a strong message that there should be no tolerance for any form of GBV.

The initiative begins in conjunction with the 16 Days of Activism against Gender-Based Violence Against Women and Girls, which calls for coordinated international action to raise awareness, energize advocacy efforts, and share information and innovations in order to put an end to the pandemic of violence against women and girls that has spread throughout the world. The initiatives are part of the UNiTE effort, which aims to eradicate gender-based violence by 2030.

The “Break the silence. We stand by you” joint campaign will run from November 2022 until March 2023 and will promote social cohesion, urging people from all walks of life to acknowledge, take a stand and act against gender-based violence.

Through a series of community outreach events, media partnerships, and social media engagement, the partners will build on the ongoing dialogue about the issue, invite the service providers and the communities to create a supportive environment and raise awareness about the existing services, and foster accountability so that every humanitarian effort provides safe and comprehensive survivor-centered services to those affected or at risk of violence. 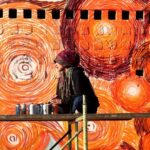