Biden tells COP27 U.S. will ‘do our part to avert’ a ‘climate hell’

U.S. President Joe Biden has on Friday pledged the United States will “do our part to avert” a “climate hell,” citing a warning made by UN Secretary General earlier this week at COP27 in Sharm El-Sheikh, Egypt.

“We’re not ignoring harbingers that are already here,” Biden noted.

“So many disasters — the climate crisis is hitting hardest those countries and communities that have the fewest resources to respond and to recover.”

His appearance comes near the end of the first week of the UN climate conference, where talks have heavily focused on wealthy nations’ obligations to lower their own emissions and help address the consequences of climate change in the developing world. 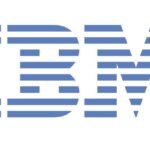