Pelin Incesu, AstraZeneca Area Vice President, Middle East, and Africa, reported that Breast cancer is a life-altering, and often a life-limiting disease that has ramifications for all of society. It is the leading cause of death for women across the Middle East and Africa region.

On the other hand, AstraZeneca announced that two experimental breast cancer drugs showed promise in separate clinical trials, succeeding in areas where the British drugmaker’s rivals have fallen short.

AstraZeneca stated that the late-stage trial had confirmed the benefit of the breast cancer drug “Enhertu” in patients with an advanced form of the disease who had been previously treated with another therapy. AstraZeneca’s cancer medicine “Enhertu”, a drug developed jointly with Japan’s Daiichi Sankyo.

In Egypt, AstraZeneca has partnered with Baheya to promote BRCA testing for women to improve early diagnosis and patient outcomes and has already reached 700,000 women with awareness initiatives, as stated by Pelin. 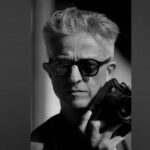