His remarks came during his participation in a session about the role of art in addressing climate change on the first day of COP27, with the participation of Hala El Said, Minister of Planning and Economic Development, Ghada Waly, Executive Director of the United Nations Office on Drugs and Crime, and Randa Fouad, World Art Forum President.

Mohieldin said that 49% of Earth habitants don’t see that climate change represents a crisis that needs an instant cure, adding that art easily reaches all people and helps raise their awareness which is the important role of the art regarding climate change.

Despite being the most affected, he continued, most people in underdeveloped nations don’t care about climate issues, which highlights the critical role that art plays in promoting climate change awareness.

According to Mohieldin, any discipline in any sector that contributes to climate action and development is crucial. He did this by quoting British philosopher John Austin, who said that nations write their biographies in three books: the book of deeds, the book of words, and the book of art.

The climate champion said that the National Initiative for Smart Green Projects witnessed the submission of more than 6200 projects including some projects that are artistic, digitalized and eco-friendly.

Mohieldin added that he asked to translate a drawing book for children about environment and climate from Spanish to Arabic to raise awareness of Arab children about the climate crisis.

The Blue Zone of COP27 is expected to draw more than 50,000 participants, while the Green Zone is likely to draw tens of thousands. The Egyptian Presidency has set aside a number of significant thematic days that will feature side events, discussions, and roundtables as well as chances for pledges. Thematic days are an endeavour to improve engagement with youth, women, civil society, and indigenous people while advancing climate action that can close implementation gaps and bottlenecks.

The Sharm El-Sheikh Climate Implementation Summit, which includes all participating heads of state and government, will begin on Monday and last for two days. Tens of world leaders will participate in a number of roundtable discussions after the summit’s opening to focus on six main issues: The sustainability of vulnerable communities, just transitions, food security, innovative finance for climate and development, investing in the future of energy, water security, and climate change 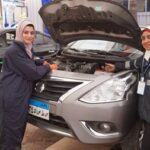 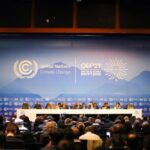