Voices of women and girls essential to fight for human rights

“Around the world, we see stigmatization, harassment, and outright attacks used to silence and discredit women who are outspoken as leaders, community workers, human rights defenders, and politicians,” said Peggy Hicks, Director of the Office of the UN High Commissioner for Human Rights’ Thematic Engagement, Special Procedures, and Right to Development Division, during the Human Rights Council’s annual discussion on gender integration.

The discussion focused on gender-based barriers to free expression and how they can be removed in a comprehensive and sustainable manner, taking into account the intersecting forms of discrimination faced by women, girls, and people with diverse gender identities.

“Women and girls’ voices and courage have been, are, and will continue to be essential in the fight for human rights protection,” Hicks said.

Dangers of speaking out

Women, girls, and people with diverse gender identities continue to face structural, systemic, and legal barriers to exercising their right to free expression, according to Irene Khan, Special Rapporteur on the Promotion and Protection of the Right to Free Expression. This is due to gender stereotypes, patriarchal structures, and subsequent discrimination aimed at suppressing, controlling, and punishing the voices of women, girls, and people of diverse.

According to the Inter-Parliamentary Union, gendered violence is the most significant barrier to women’s freedom of opinion and expression in politics. In three of their studies, the organization discovered that more than 80% of female parliamentarians have faced psychological violence in the form of sexist attitudes and remarks aimed at silencing, belittling, mocking, and degrading women in politics, or judging their physical appearance.

According to Mariana Duarte, Program Officer of the Inter-Parliamentary Union’s Gender Partnership Program, this violence is directed specifically at women as a group and aims to exclude them from the political arena.

“Whether it is hated speech, sexist comments, sexual harassment, or physical assault, violence against women leaders is a major deterrent to equal participation in public and political life,” she said. 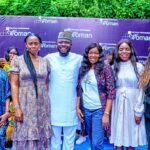 Empowering Women with Skills for Excellence 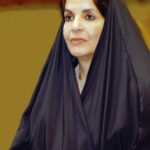