According to Ahram online, The National Council for Women (NCW) in cooperation with the United Nations Women Egypt, launched a social media campaign showing ways by which women can help in environmental sustainability and climate change.

According to a press release issued by the NCW, the campaign “delivers several messages about the critical role of women in preserving natural resources and rationalizing consumption by relying on simple ideas that can be applied at all levels.”

The campaign is part of the NCW’s contribution to the activities of the United Nations Climate Change Conference (COP27) in Sharm El-Sheikh, Egypt, which is currently underway. The social media campaign will run until the end of November.

The NCW’s involvement in COP27 does not end there. According to Azza Abdel-Hai, head of NCW’s media department, on November 14th, there will be an NCW-organized Gender Day, which will include several open dialogue sessions to discuss the role of women in climate issues, policies, and implementation mechanisms. A session will also be held on the role of African women in climate change adaptation, mitigation, and coping.

During Gender Day, the council will commemorate the launch of the African Women’s Initiative and Climate Change Adaptation, which will be carried out in collaboration with the United Nations Organization for Gender Equality and the Empowerment of Women (UN-Women) and with the support of several African countries. According to the NCW’s press release, this is the culmination of consultative meetings with African countries over the past few months.

During Gender Day, the NCW will also host numerous side events in the COP27 Green Zone. They include a panel on “Women, Climate Change, and the Voices of Civil Society,” with international participation from women leaders who have made critical contributions to climate change decision-making. The council is also planning an exhibition of eco-friendly handicrafts made by women from all governorates in a pavilion in the Green Zone.

The NCW’s participation in COP27 is part of a larger set of programs and activities aimed at empowering women and increasing their participation in climate change decision-making. “Women are considered change-makers because they are the most vulnerable to environmental, economic, and social shocks caused by climate change,” according to the press release. 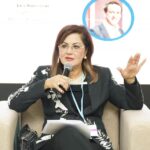 During the events of the UN Climate Summit COP27 in Sharm El Sheikh: The Minister of Planning and Economic Development is participating in a session titled “The Road to a Green Economy: Together with COP27” 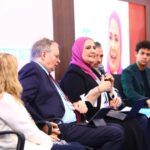