When a drought strikes, it is clear that women’s lives are the most affected and disrupted, particularly in Africa. This is because women play a critical role in providing necessities like food and water during droughts. Women are thus inextricably linked to both the destruction and conservation of the natural environment, as well as the development of drought resilience.

It is part of the global IDMP Program, which was launched in Geneva in March 2013 at the High-level Meeting on National Drought Policy by the Global Water Partnership (GWP) and the World Meteorological Organization (WMO).

There are four existing business case studies that support the role of women in building drought resilience in the Karamoja region. These Included; Surviving the drought crisis: Kangole women empowerment groups; Women Take Lead In Enhancing Food Security: The Mother Care Group Model; Women as key players in settlement community-based development Initiatives; Empowering women with skills in the construction of energy saving technologies and planting of wood lots under EURECCCA; One innovative and replicable business case study “ surviving the drought crisis: Kangol Women Empowerment Group Led Initiative” was identified for further analysis and potential development with a possibility of being disseminated widely in the next phase. 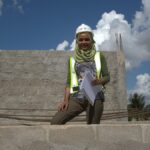 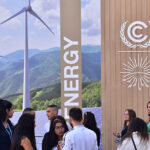