Across the world, women are climate solution-makers

Through their discussion on policy measures for gender-equal climate policy at COP27 in Egypt, the Nordic ministers and African leaders expressed how climate policy will eyewitness the transformative influence that women’s equal involvement is going to have on international climate negotiations.

As a result of hosting the COP27 in Africa, the ongoing climate negotiation in Egypt is currently referred to as “Africa’s COP”. The continent is considered the least contributor to climate change, and the most affected by it.

Representatives from the Nordic governments, the African Union, and UN Women explored new methods to attain better equitable leadership, due to the significant portrayal of gender equality in the present climate negotiations.

A policy guaranteeing gender equality across the board in areas of agriculture, higher education, transport and fishing needs to be reinforced, in view of the huge effect green transition is expected to have on all aspect of the society.

“On our continent, it is women who take care of the lion’s share of agriculture and who must now adapt food production to climate change. We need embark a highly attractive, climate- and gender-smart agricultural policy for the new generation of food producers,” stated Josefa Leonel Correia Sacko, the commissioner responsible for agriculture and sustainable environment in the African Union.

Espen Barth Eide, Norwegian Minister of Climate and Environment, represented Nordic countries joined by Hanna Sarkkinen, Finland’s Minister of Social Affairs and Health; they both pointed out that the climate policy in Nordic countries are relatively “gender-blind” to this day, in an attempt to push gender-equality to be higher up on the climate agenda, on a national international level.

Hanna Sarkkinen added “I’ve read the African Union’s climate action plan and learnt a lot. The Nordic countries have made a joint commitment to put all the relevant knowledge on the table and to integrate gender equality in all the policy areas affected by the green transition. I’m working hard to implement this commitment in Finland.”

Praised by Head of UN Women, Sima Bahous, for being “Solution-makers”, African women continue to discover new ways to combat and adapt to climate change and diminish its negative effect on their families and children.

“Educating girls is a good way of building a society that is resilient in the face of climate change.” Said Kenya’s Director of Climate Change and Forestry, Pacifica Ogola, stressing the need for well-educated women in the process of implementing climate policy. 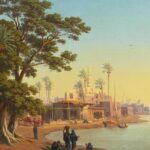 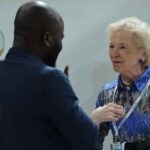